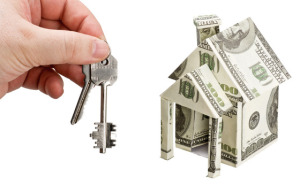 There are many reasons why you would want to demolish student loan debt. People believe that it is one of the reasons why a lot of young adults are struggling today. It is blamed for a lot of financial difficulties – not just for the new graduates but also for their families too.

We hear stories of parents sacrificing their retirement money just to help their children get a higher education. We hear of graduates who are forced into careers they do not want to pursue but has to because it has the salary that can help them afford their payments. There are also young adults who are forced to delay a lot of milestones in their lives like marriage and parenthood.

Despite everything that we read on the news, things seem to be getting worse. According to an article published on WSJ.com, the class of 2014 has the highest student loan debt compared to previous years. The average debt now stands at $33,000 per student. This report was taken from the government data about this particular loan. This is actually double the amount of what graduate from 20 years ago had to deal with.

College debt is a devastating situation for a lot of students and new graduates but you have to hold back on blaming it for a lot of financial difficulties today. For instance, student loans are blamed for the lack of young homeowners today. Well a recent study have proven that it is inaccurate to blame everything on student loans. While it is a contributor, it is not the whole reason why a lot of Americans are still struggling to regain what they lost after the Great Recession.

The study that we just mentioned is titled “Is Student Loan Debt Discouraging Home Buying Among Young Adult?” This study was conducted by Jason Houle of Dartmouth College and Lawrence Berger of the University of Wisconsin-Madison.

The study published on APPAM.org mentioned two important trends that lead most people to blame college debt for the lack of interest in owning homes among young adults.

The growth of student loans in the past few years.

The first reason is the rise in student loans in the past few years. Not only has it grown, but it is noted to have grown substantially. The study revealed that both the proportion of young adults that have debt and the average debt per debtor is also increasing. According to the data gathered, it is revealed that student loans is the only consumer debt that grew during the Great Recession. This is attributed to the fact that the other type of debts can be discharged by bankruptcy. It also surpassed credit card debt – which consumers consciously did not use to keep their debts to a minimum. Now, college debt is already in second place when it comes to the most amount of debts – mortgage being the first on the list.

The next reason why student loans are being blamed for delayed homeownership is the fact that young adults are not as aggressive in buying their first house. At least, they are not as aggressive as they used to. This decline happened just as the student loan debt increased. Since this is the main debt of young adults, a lot of people are assuming that the rise in this credit obligation keeps them from making investments – including buying a home.

The study revealed that these two reasons, while they may seem logical is not accurate. They pointed out that the downward spiral of homebuying among young adults came first – before the rise of the student loan debt.

The study also revealed that the New York Federal Reserve tried to analyze the link between the college debt and mortgage loans. The report used data from Equifax and was authored by Brown and Caldwell. This particular study reported three findings:

Again, these findings sought to put the blame on student loan debt for the inability of young adults to own a home.

However, the study done by Houle and Berger mentioned that this conclusion is not as accurate as it should be – thus giving student loans the benefit of the doubt. First of all, it is pointed out that it is unclear if the difference between debtors and non-debtors only lies with their student loans. We think that Houle and Berger would like to point out that there are other factors differentiating these two – like lifestyle, employment, etc. These factors could also cause young adults to forego home ownership. They also noticed that the difference is mostly focused on characteristics – not the debt itself. The authors said that to make a more accurate comparison, all college graduates should be compared – those who got student loans vs those who did not. This apples to apples comparison could make for a more accurate connection between college debt and homeownership.

The latter, is what the authors of this study did. Although they acknowledge that their scope is limited, they did conclude that blaming student loans for the delayed homeownership of young adults is unjustly inaccurate. The authors did admit that there is a modest association but there are also other factors affecting the lack of homebuyers among young adults. For instance, a high percentage of Whites own homes while Blacks have a higher percentage of not owning homes. Not only that, the background of the respondents in their survey seem to have influences in their decision to own a home or not. Certainly, the economy also plays a role in hindering young adults in buying their own home.

So what does this study mean? Does it imply that student loans can still be considered as a good debt?

The student debt scenario is still a major concern

If you consider the fact that student loans can help young adults get a better earning opportunities, then yes, it is still a good debt. However, that does not mean student loan debt cannot jeopardize the future.

It is still a form of debt so it will have the power to ruin your financial future if you are not careful with it. Paying off your student loan debt is very important because it can destroy your future in ways that other debts cannot. Watch the video below to understand the costs of not paying this credit obligation.