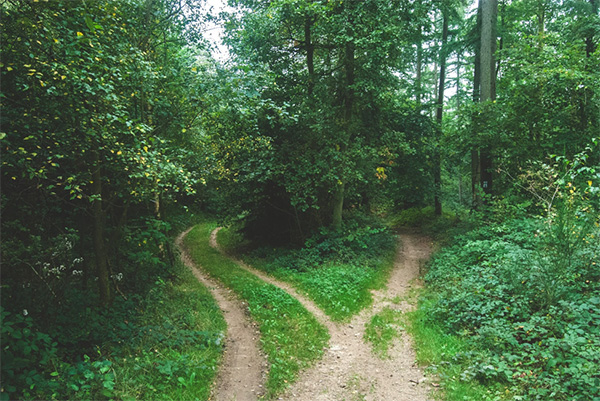 When it comes to dealing with your debt, you can take many different paths. We’ll compare two of those paths below: debt consolidation and debt restructuring.

There are many different options out there for dealing with your debt, which can be both a blessing and a curse. On the positive side, you have a ton of different angles from which you can approach your journey toward a debt-free life. On the negative side, how can you keep all of these different debt relief methods straight?

Two of the most commonly confused debt relief options are debt consolidation and debt restructuring. If you’re not a financial expert, you probably don’t know the difference off the top of your head, and even some debt professionals tend to use the terms interchangeably.

We’ll dig into the differences and help you determine the best option for your situation.

What’s the definition of debt consolidation?

In the simplest terms possible, debt consolidation is the process by which you turn many separate debts into a single debt. In doing so, you eliminate the stress of having to make several different monthly payments and hopefully reduce the amount that you pay on your debt, both now and overall.

To make matters more confusing, though, there are actually several different forms of debt consolidation. They all accomplish the same thing but through very different means. The most common types are debt consolidation loans, balance transfer credit cards, and debt settlement.

With debt consolidation loans, you take out a personal loan that is large enough to pay off all of your other debts at once. You pay off those debts, essentially rolling them into the new loan, and then focus on paying down the loan.

Ideally, this new debt consolidation loan accomplishes a few different things. Most obviously, it should enable you to pay off several of your other debts at once, consolidating them into the new loan. In the best-case scenario, it also holds a lower interest rate and more forgiving terms than the debt you’re consolidating. If that’s the case, you should see your monthly payments come down, and you should end up paying less interest on your debt over time.

Balance transfer credit cards can seem a bit counterintuitive. After all, many people struggling with debt got there by overspending on their credit cards in the first place. Why would they want to get out of debt by opening up a new card? Wouldn’t that just make matters worse?

Not if you use your balance transfer credit card correctly!

When you consolidate your debt using a balance transfer credit card, you open up a new card with a high credit limit and a much lower interest rate than your current cards offer. Ideally, you’ll qualify for a card with a 0% introductory APR offer period, which means that for a set number of months, the card will not accrue interest.

You use this new card to pay off your debts, consolidating them onto a single credit card. Then, before the card starts to accrue interest, you devote significant resources towards paying it off. Since it’s not accruing interest, every dollar you pay each month goes toward the principal balance. You’ve not only consolidated your debt, you’ve also essentially stopped the clock on that debt’s interest, enabling you to get out of debt much faster than you’d be able to otherwise.

Debt settlement can be the most difficult form of debt consolidation to understand because it’s different from most other forms of consolidation. Done right, though, it accomplishes the same thing.

Obviously, your creditors won’t like that you’ve stopped paying, but a good debt settlement company is more than willing to take the heat while working on your behalf.

For your creditors, saying yes is often an easy decision. Instead of getting nothing and devoting resources to harassing you, they can take a lump settlement and put the whole ordeal behind them. You’d be surprised how many creditors take the deal.

What’s the definition of debt restructuring?

Debt restructuring done right accomplishes many of the same things that debt consolidation does: forgiving terms on your debt, better interest rates, and a clearer, more manageable path toward a debt-free life. That’s why so many people tend to confuse the two concepts.

With debt restructuring, you focus on re-negotiating the terms of a single debt directly with your lender. By restructuring the debt, you make it easier to pay off.

Why would lenders entertain this kind of re-negotiation? After all, don’t they already have you on contract to pay down your debt on terms that are more favorable to them? Why would they agree to take less?

Lenders agree to debt restructuring when the borrower doesn’t seem to have many other options. The borrower might be on the verge of bankruptcy. The lender sees that and realizes that if it allows the debt to stand as is, it is unlikely that it will continue to receive payments on the current debt. Debt restructuring often helps both parties, in reality.

Debt restructuring can occur in bankruptcy situations (Chapter 13 for individuals and Chapter 11 for businesses). During bankruptcy proceedings, debt restructuring is part of a larger structured effort to help the individual filing for bankruptcy get a handle on his or her finances and pay back creditors over a set period.

What’s the difference between debt consolidation and debt restructuring?

Now that we understand the definitions of debt consolidation and debt restructuring, let’s compare and contrast.

Many debts vs. a single debt

At the risk of being too obvious, one of the most glaring differences between debt consolidation and debt restructuring is the intent. Debt consolidation by definition focuses on multiple different debts at once, making them more manageable by attempting to consolidate them into a single debt instrument. Debt restructuring, on the other hand, focuses on a single debt (although you could conceivably restructure multiple different debts at once). For that reason, consolidation makes more sense when dealing with multiple smaller debts (such as credit cards) while restructuring makes more sense when dealing with single, larger debts (such as a mortgage).

Independent financial move vs. a negotiation

Debt consolidation is something you can do on your own. While it often makes sense to work with a professional who will work with your creditors in the process, it’s not a requirement. If you want to find a solid debt consolidation loan to pay off all your debts on your own, more power to you.

Debt restructuring, on the other hand, is a negotiation between you and your creditors. It’s not something you can just wake up and decide to do. Your creditors need to be open to the process as well, and they’re likely only going to consider restructuring your debt if you can show significant financial duress. Otherwise, they’ll just hold you to the original terms of your loan, or try to anyway.

Can preserve credit vs. can damage credit

This point isn’t a hard and fast rule, but it’s worth bringing up.

Done right, debt consolidation can be a smart move to preserve your credit. By taking out a debt consolidation loan or opening up a balance transfer credit card, you’re making it easier for you to keep up with your debt payments and keeping your credit intact. Even debt settlement, which often requires you to stop making payments to your creditors in the short term, can pay off in the end.

Debt restructuring, on the other hand, could damage your credit. That’s because it so closely ties to bankruptcy proceedings. Bankruptcy is a long-lasting black mark that remains for anywhere from seven to 10 years depending on the type of bankruptcy. While debt restructuring is still often a smart financial move, it’s also often damaging to your credit.

What are the pros and cons of debt consolidation?

On the pro side, debt consolidation can help to reduce your stress, lower your payments, and give you a clearer path to becoming debt-free.

Debt consolidation reduces stress simply by reducing the amount of creditors that you have to deal with. Having to keep track of multiple different minimum monthly payments can wear anyone down after a while. If for any reason you fall behind, matters get exponentially worse, as you’re dealing with harassing calls from multiple different creditors each day. Consolidating your debt can help you avoid those kinds of situations.

By reducing your interest rates, you’ll end up paying less over time to your lender, and you may end up paying less per month as well. Not all debt consolidations achieve this, but many do, and it should be your goal to save some money as well as consolidate your payments.

The result of this simplified, streamlined debt is a clearer path to a healthy financial future. By focusing on paying off your consolidated debt, you can essentially mark the date on your calendar that you become free of debt (hopefully for good).

However, debt consolidation has its cons as well. The major con to be aware of is that debt consolidation does not fix your underlying financial problems. If you can’t control your credit card spending, you’ll need to get a grip on it sooner rather than later. Debt consolidation will free up a lot of credit very quickly, but if you give into temptation and start running up your debts again, you’ll be worse off than you were before.

What are the pros and cons of debt restructuring?

The pros of debt restructuring come right from the definition of debt restructuring itself. When you restructure, you can potentially reduce your interest rates and the amount of debt that you’ll have to repay to your creditors. Your debt payments may even bundle into a single payment each month, which comes with many of the same benefits as debt consolidation.

That said; debt restructuring usually isn’t a positive event. Restructuring through bankruptcy negatively affects your credit for at least seven years, likely more. Additionally, if a significant amount of your debt is now gone, you may still have to pay taxes on it. Finally, not all debt is eligible for restructuring. Specifically, you cannot restructure student loans, which are often an individual’s largest financial burden.

Whatever you decide to do about your debt problems, National Debt Relief can help. We’ve aided people all over the country with their debt, and we’d be happy to walk you through your options. Contact us today!

Have more questions about how credit card debt works and how to pay off your debt for good? The team of advisors at National Debt Relief have answers. Get a free, no-obligation consultation today. Natalia Brown has been serving as Chief Client Operations Officer for National Debt Relief (NDR) since 2019 and plays a vital role in NDR’s client journey by overseeing all client-facing operations of the business. She volunteers at New Women New Yorkers, a nonprofit that focuses on supporting immigrant women in New York and sits on the advisory board of Four Steps Forward, a program founded by The American College of Financial Services that aims to financially educate one million black women over the next five years. Natalia is also an executive board member for the American Fair Credit Council, an organization that seeks to regulate and promote the debt settlement industry. She is a native New Yorker and has two sons who also inspire her to be the best she can be every day.