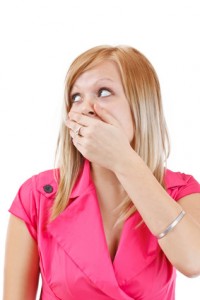 If these numbers don’t shock you, here’s a word that might–infinity.
Why might this word be shocking? It’s because infinity is the amount of time it would take to pay off $15,000 on a credit card at 18% if you paid just $50 a month. Stop and think about this for a minute. If you owed $15,000 at 18% and made payments of $50 a month, you would never pay off that credit card because $50 isn’t enough to cover the interest – hence infinity.

If you do owe $15,000 at 18% interest, you’d probably rather not spend infinity paying it off. The simple alternative would be to pay more than the $50 per month. If you could double that to $100 a month,You should be able to pay off that debt in, well, infinity because that’s still not enough to cover the interest,

An alternative to doubling up on your credit card payments would be a debt consolidation loan. This is a solution that’s helped many Americans, although it does come with its negatives. On the positive side, if you were to pay off that $15.000 in credit card debt (at 18%) with a second mortgage at 4% (which is very doable these days), your monthly payment be just $276.25 and you’d be debt-free in five years,

I have heard some people suggest that you could pay off credit card debt by refinancing your automobile.Unfortunately, this won’t work for most people because they probably don’t have enough equity in their cars. As an example of this, suppose you paid $20,000 for your car with a 5-year loan. At the end of those five years, your car would have depreciated $9,760 and would be worth only about $10,240. If you could sell it for that much (which might leave you without a car), you still would not be able to pay off the entire $15,000.

Our third alternative for paying off credit card debt is what’s called a debt management plan (DMP). This is a plan usually developed in conjunction with a consumer credit counseling agency. These agencies are generally nonprofit and don’t charge for their services. If there is one in your city you could sit down with one of its counselors who will help you develop the plan and then negotiate with your creditors to get it accepted. He or she will probably be able to get her interest rates reduced and any late fees waived, which will help you pay off your debt faster. You should also have a lower monthly payment than the total of your credit cards’ minimum payments. However, as with a debt consolidation loan, a debt management plan can’t reduce your debt. It simply makes it easier for you to pay off what you owe.

How National Debt Relief can help
Our debt professionals can work with your creditors to reduce your balances as much as possible. When you choose National Debt Relief, instead of having to to pay many big bills each month, you’ll make just one low monthly payment. Plus, you should be able to settle your debts within 24 to 48 months from the time you started your debt settlement plan. If you want to know how to pay off a credit card or ten, you should check all your options before deciding.