When you were growing up, you were probably told that “there’s no such thing as a free lunch.” In fact, you probably heard this worn cliche plenty of times during your formative years. After a while, it probably started to seem like something adults would say in order to get you to stop complaining.

Now that you’re older, you probably agree that with the basic sentiment of the statement. Few things in life can be attained without hard work and sacrifice.

Then again, some things in life are easier to achieve than others. Take a moment to consider the idea of debt cancellation. If you’re deep in debt, the “free lunch” idea probably has very real, very potent connotations for you. 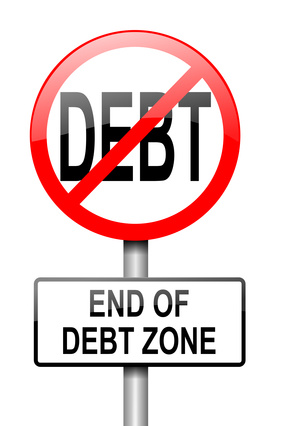 After all, you’ve probably been told by all of the creditors to whom you owe money that there’s no such thing as debt cancellation. Unless you’re willing to foreclose on your financial future by declaring bankruptcy, you’ll need to hunker down and pay off your debts in full.

If you’re reading this, you’ve probably already tried to take this route. You’ve done your best to play by the rules and take the high road out of debt. You’ve also made sure to protect your family’s finances and your own sanity by avoiding a bankruptcy declaration at all costs. In order to do this, you’ve made considerable sacrifices and deferred your dreams.

There may be a so-called “third way” out of your personal debt crisis. The seemingly impossible choice between debt cancellation through bankruptcy and a years-long, sacrifice-laden climb out of debt might actually be a false one.

Your escape hatch doesn’t have to involve mediocre debt relief methods like debt consolidation loans or credit counseling. While many folks are able to pay off their debt consolidation loans or emerge from a program of credit counseling with fewer debts than before, these debt relief techniques might not produce the results that you crave. They’re liable to take five to seven years and may not end up saving you a whole lot of money.

They certainly can’t offer you the promise of outright debt cancellation. Simply put, neither debt consolidation loans nor credit counseling programs can reduce the actual amount that you owe to your creditors. While they might be able to reduce the effective interest rates on some of your outstanding obligations, such reductions are liable to be paltry in comparison to the potential savings promised by another form of debt relief.

National Debt Relief’s powerful program of debt settlement may be the answer to your debt problems. Unlike debt consolidation loans and credit counseling, debt settlement can cut the underlying amount that you owe to your unsecured creditors.

By enrolling in a program of debt settlement, you may be able to slash the current balances on your credit cards, medical bills, store credit lines, judgments and other unsecured debts. In other words, National Debt Relief may be able to cancel a portion of your debts through debt settlement.

If you owe more than $10,000 in unsecured debts, talk to National Debt Relief today. The typical program of debt settlement may be able to reduce the balances on your debts by a significant margin in just 24 to 48 months. That’s some serious debt cancellation power.

Don’t wait another minute to contact National Debt Relief today. Call 800-300-9550 right now or fill out the no-obligation online form at the top of your screen.