Credit scores are confusing enough for people who actually know how to build credit, let alone for those just starting to build up their credit.

A recent study by LendEDU asked millennials about credit scores, and based on the results, it appears that most of them have no idea how the concept of credit works.

Based on this study, here are the three most common misconceptions millennials have (as well as the truth behind them)

About half of the millennials surveyed believed that simply using a credit card would improve their credit score. To be fair, this misconception reaches beyond the millennial mindset. Many adults with well-established credit histories also believe that simply using a credit card will improve their credit score.

The truth is credit utilization alone does not build credit; the on-time payment of your credit card bill does. Yes, using a credit card is important to building your credit, but it is not the only step in the process.

A soft credit pull does not affect your credit score. Instead, it’s a way for a creditor to get a general overview of your credit. This helps with decisions such as credit card or home mortgage application. A hard credit pull, on the other hand, may actually lower your credit score (if you have too many hard pulls within a short period), so it’s often useful to let creditors perform a soft pull before you make a final application decision.

3. The Federal Reserve is one of the three major credit bureaus

While many people would probably be hard-pressed to name the three on the spot, it’s pretty likely that the average adult could at least pick out the Federal Reserve as a separate entity. The Federal Reserve, while being a major banking entity, does not actually deal with individuals and their credit scores.

It is important to everyone to know the names of the credit bureaus so when problems arise they know where to go for a full credit score report and who to dispute a credit score with.

Credit can be a confusing concept to understand, and misconceptions are abundant among millennials and other adults, even those with established credit histories. The important thing is to make sure you check your credit score often and know the rights and wrongs of improving your credit score. 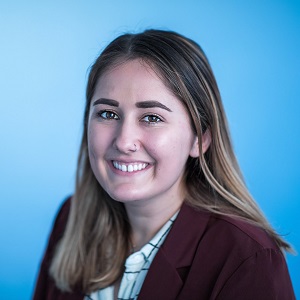 Chloe Merriam is currently a Content Marketing Specialist at National Debt Relief overseeing our blog content, social content, and much more. Chloe works to better reach and educate consumers through dynamic content that focuses on three key areas: preventing debt in the first place, getting out of debt if you’re in it, and staying out of debt after it’s resolved. She is a graduate of Tulane University.